Michelle Obama made news a few years ago by not ruling out having plastic surgery or using Botox one day. “Women should have the freedom to do whatever they need to do to feel good about themselves,” the First Lady told People magazine in an interview on the cusp of her 50th birthday.

News organizations from around the world jumped on the story. Judging by the number of headlines in pretty much every major (and not so major) media outlet, I doubt Michelle could have grabbed more attention if she had said, “I’m thinking of becoming a Republican.” 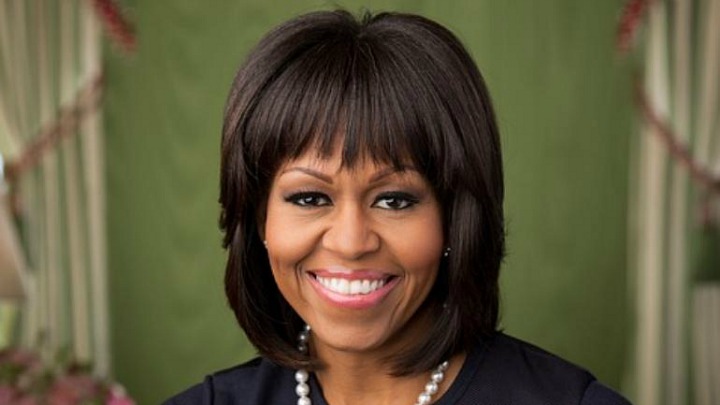 Comments from all camps started pouring in right away. There were the politicos who thought that given that she’s the First Lady of the United States, it’s wrong for her to get Botox because tax payers would be the ones footing the bill for her “work”.

There were the downright nasty ones, saying things like, “Whatever she wants. She can use the help.” And, as expected, there were those who used the First Lady’s comments to pick up on the endless debate about whether it is right for women, especially those of a certain age, to be so concerned with their appearance.

For the record, I’m pro-choice; get work done, don’t get work done, but do whatever feels right for you. (And while we’re on the topic, I am not the fashion police. Yes, Fabulous After 40 is about fashion and style advice for women but I never want to come across as if I’m preaching there’s only one way – my way – to look good.)

My friend Lynn, has a slightly different view. While chatting about Michelle’s comment she told me, “I agree that women should be able to do what they want but here’s the thing, if everyone else starts getting Botox and filler, it makes me feel pressured to do it too. I  don’t really want to go to the trouble and expense but if I don’t, I’m afraid I’ll end up being the last wrinkly, saggy woman standing.  It’s like that peer pressure we experienced in high school, only instead of having to have the latest designer jeans, now it feels like you have to have the latest face or body.”

I agreed with my friend that it would be nice to just all age together, but with Botox etc. as common as going to the dentist, that’s never going to happen. It made me wonder if the same kind of debate went on when hair dye came into vogue in the ‘50s and ‘60s.”

So ladies, here’s my question to you: why does something like this hit such a nerve? Why are we gals so quick to judge each other – and often so harshly – on our appearance?

Does it have to do with the Tall Poppy Syndrome, where we resent, criticize and attack people we see as richer or prettier or more successful than us? Are we afraid that if everyone else starts getting Botox and we don’t that we’ll be at a disadvantage?  Or do we simply feel that a woman who has a cosmetic enhancement is sending a negative message about aging? What do you think?

9 thoughts on “Michelle Obama’s Botox Comment: Why Did it Hit Such a Nerve?”

What to Wear With a Blue Purse in Spring?

Bikini, Short Skirt – Why Not At Any Age?

Last week I received this email from a reader in Toronto, Canada. Liz H. writes:…
View Post
FIND YOUR STYLE

Are You Dressing Your Truth?

Have you ever felt that the latest styles and trends don’t work for you? Do…
View Post
FIND YOUR STYLE

Sarah Jessica Parker Style – How to Get It

Have you been enjoying our style series from on some of the most well know…
View Post
Subscribe & Tweak Your Chic!
You'll receive my fashion & beauty tips for women 40, 50, 60+ to help you look fabulous, feel confident, and turn heads! Subscribe now to discover the secrets to dressing modern, classy, and effortlessly chic at any age.
Sign Up!